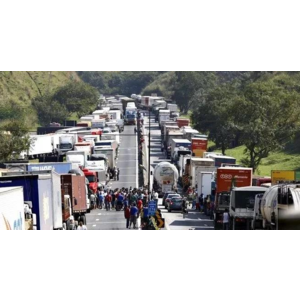 Brazil’s trucker strike entered the ninth straight day amid signs that the protests may be shrinking.

While there’s no official data yet on the number of the blockades across the country on Tuesday, industry reports indicated that many were halted after the government signed decrees meeting trucker demands. Local media said protests persist in several states.

Brazil terminals run out of soybeans

Most export terminals ran out of soybeans for shipmentsscheduled for Tuesday and Wednesday, Lucas Trindade de Brito, manager at export group Anec, said in a telephone interview.

Protests are becoming politically motivated as truckers return to work after the government met their demands, Brazil Chief of Staff Eliseu Padilha said at a press conference in Brasilia.

Earlier, Jose da Fonseca Lopes, head of the largest trucker union, said the strike continues because of the interest of “people who want to overthrow the government.”

Ports at Santos, the main source for grain exports, and Paranagua, the second-largest, haven’t received any cargoes by truck on Tuesday, according to authorities for both terminals.

Soybean and soybean-meal transportation slowly returned to normal in some parts of the country, Daniel Furlan Amaral, a manager at industry group Abiove, said in a telephone interview.

“I believe the situation in all of the country will slowly move to normal in the coming days,” he said. 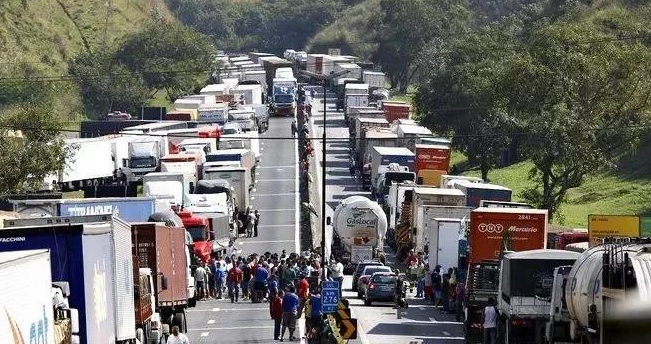